A way to uninstall Office 2007 MUI 1 from your computer

Office 2007 MUI 1 is a computer program. This page contains details on how to uninstall it from your PC. It was developed for Windows by Microsoft. Check out here for more info on Microsoft. The application is often installed in the C:\Program Files (x86)\Common Files\Setup32 folder. Take into account that this path can differ being determined by the user's choice. Office 2007 MUI 1's complete uninstall command line is C:\Program Files (x86)\Common Files\Setup32\Setup.exe. The application's main executable file occupies 3.33 MB (3490344 bytes) on disk and is titled Setup.exe.

The information on this page is only about version 1 of Office 2007 MUI 1.

Office 2007 MUI 1 is an application by Microsoft. Frequently, users want to erase this application. Sometimes this is easier said than done because deleting this by hand takes some skill related to removing Windows applications by hand. The best QUICK manner to erase Office 2007 MUI 1 is to use Advanced Uninstaller PRO. Here are some detailed instructions about how to do this: 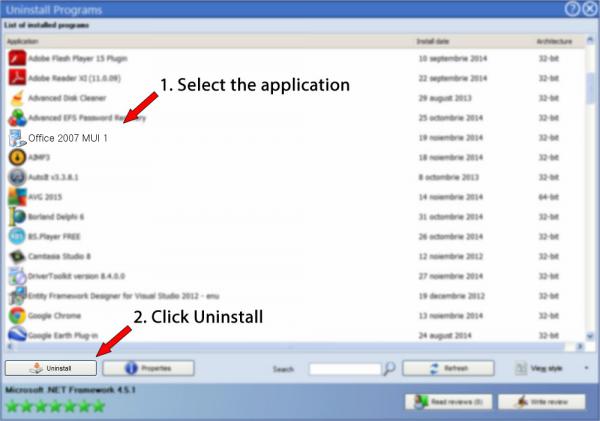