A way to uninstall OPS Pro 2007 from your system

OPS Pro 2007 is a program offered by Boekencentrum. Some users want to erase this application. This is hard because performing this manually requires some know-how related to removing Windows programs manually. One of the best SIMPLE approach to erase OPS Pro 2007 is to use Advanced Uninstaller PRO. Take the following steps on how to do this:

6. Scroll the list of programs until you find OPS Pro 2007 or simply activate the Search feature and type in "OPS Pro 2007". If it exists on your system the OPS Pro 2007 app will be found very quickly. When you click OPS Pro 2007 in the list of apps, the following data about the application is shown to you:

7. Press the Uninstall button. A confirmation page will show up. Confirm the uninstall by pressing Uninstall. Advanced Uninstaller PRO will remove OPS Pro 2007. 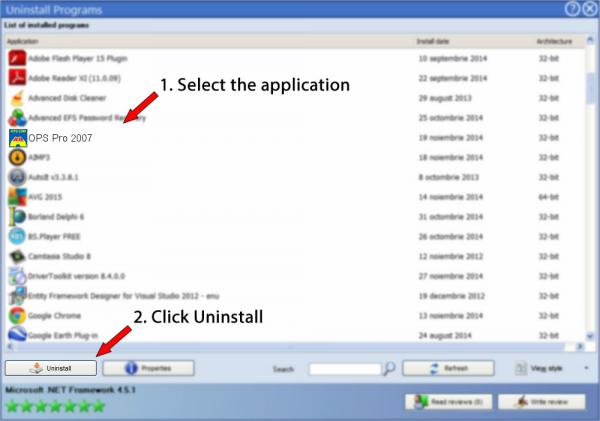