How to uninstall Numpad version 1.0 from your computer

How to delete Numpad version 1.0 with the help of Advanced Uninstaller PRO

Numpad version 1.0 is a program released by the software company Timur Abdrazyakov. Sometimes, computer users want to remove this application. This can be easier said than done because deleting this manually takes some experience regarding removing Windows programs manually. One of the best SIMPLE way to remove Numpad version 1.0 is to use Advanced Uninstaller PRO. Take the following steps on how to do this:


For example you can see that for Numpad version 1.0: 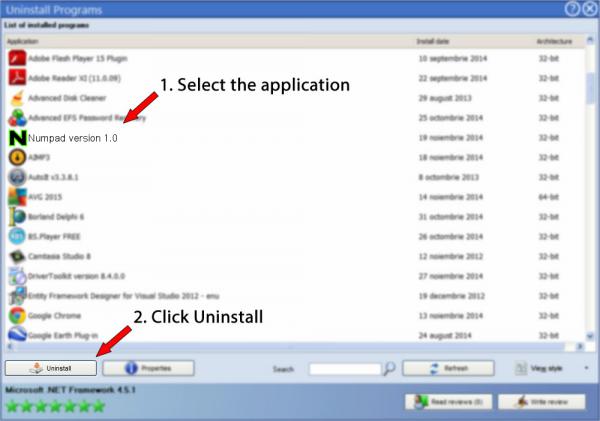