The following executable files are incorporated in NortonLive EasySupport. They occupy 3.95 MB (4141239 bytes) on disk.

NortonLive EasySupport is a program released by the software company Support.com, Inc.. Some users choose to erase this application. Sometimes this is easier said than done because deleting this by hand takes some advanced knowledge related to Windows internal functioning. The best EASY approach to erase NortonLive EasySupport is to use Advanced Uninstaller PRO. Here is how to do this: 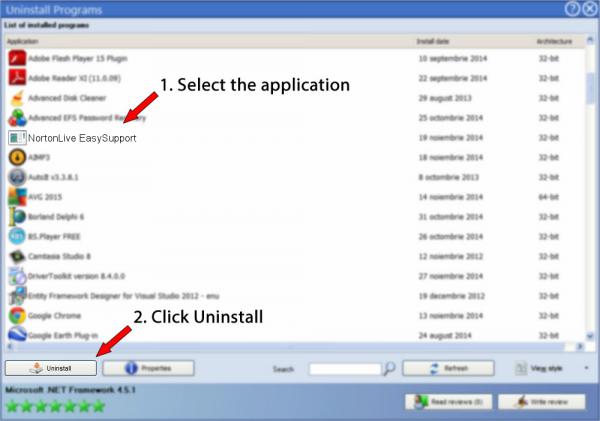