Nero 2014 - by enes is a program offered by Nero AG. Some computer users try to remove this application. Sometimes this is difficult because uninstalling this manually requires some knowledge related to PCs. The best EASY practice to remove Nero 2014 - by enes is to use Advanced Uninstaller PRO. Take the following steps on how to do this: 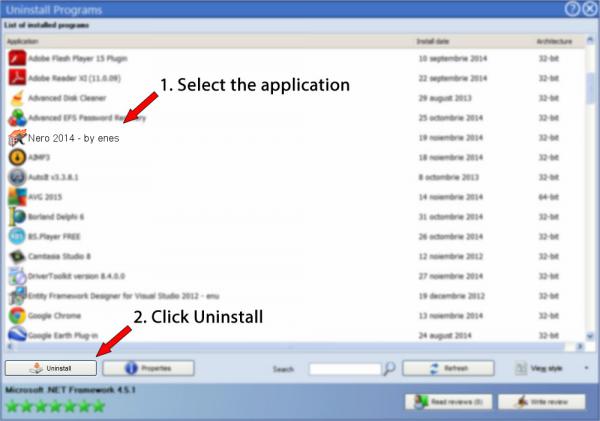