How to uninstall Mutliplayer Arena from your system

This web page contains complete information on how to uninstall Mutliplayer Arena for Windows. The Windows version was created by Nazwa Firmy. Open here where you can read more on Nazwa Firmy. The program is often found in the C:\Program Files (x86)\JoWood\Gothic II Złota Edycja folder. Keep in mind that this path can differ depending on the user's preference. Mutliplayer Arena's entire uninstall command line is msiexec.exe /x {5C39D741-1915-4BB1-B234-CCFAF7DACCAA}. g2nk-cs-klient.exe is the programs's main file and it takes close to 45.00 KB (46080 bytes) on disk.

The executable files below are installed along with Mutliplayer Arena. They take about 32.58 MB (34165981 bytes) on disk.

The current web page applies to Mutliplayer Arena version 1.0.0 only. 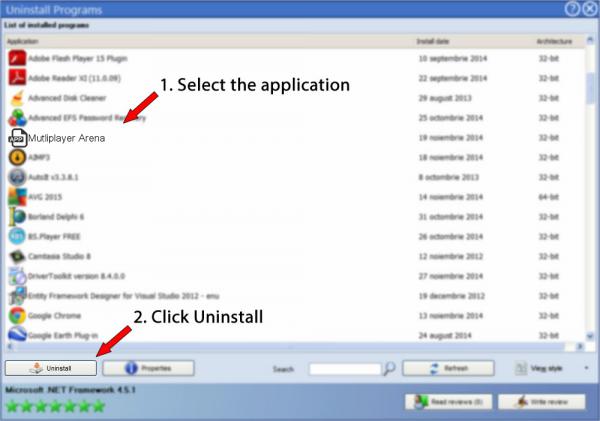