How to uninstall Mozilla Firefox from your PC

You can find on this page details on how to uninstall Mozilla Firefox for Windows. It was created for Windows by Mozilla. Check out here where you can read more on Mozilla. Mozilla Firefox is usually set up in the C:\Program Files (x86)\Mozilla Firefox folder, but this location may vary a lot depending on the user's choice while installing the program. The program's main executable file occupies 385.03 KB (394272 bytes) on disk and is titled firefox.exe.

Mozilla Firefox is an application by the software company Mozilla. Sometimes, users decide to erase this program. This can be troublesome because performing this by hand requires some skill related to removing Windows programs manually. The best QUICK solution to erase Mozilla Firefox is to use Advanced Uninstaller PRO. Here are some detailed instructions about how to do this: 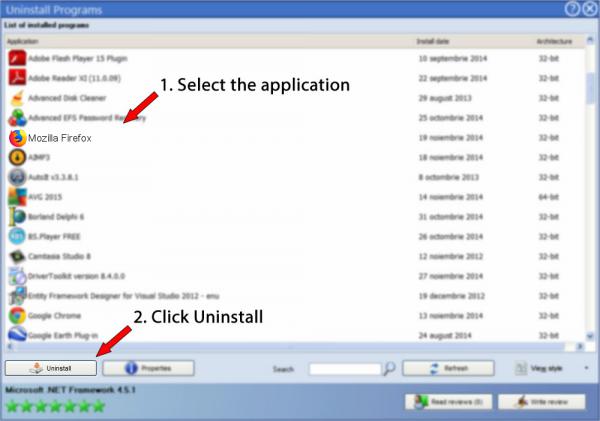