A guide to uninstall Mass Effect 2 from your PC

The current web page applies to Mass Effect 2 version 1.02 only. You can find below info on other application versions of Mass Effect 2:

Mass Effect 2 is an application released by the software company Electronic Arts. Frequently, people try to erase it. Sometimes this is easier said than done because uninstalling this manually takes some advanced knowledge related to Windows program uninstallation. One of the best EASY procedure to erase Mass Effect 2 is to use Advanced Uninstaller PRO. Take the following steps on how to do this:


For instance you can see that for Mass Effect 2: 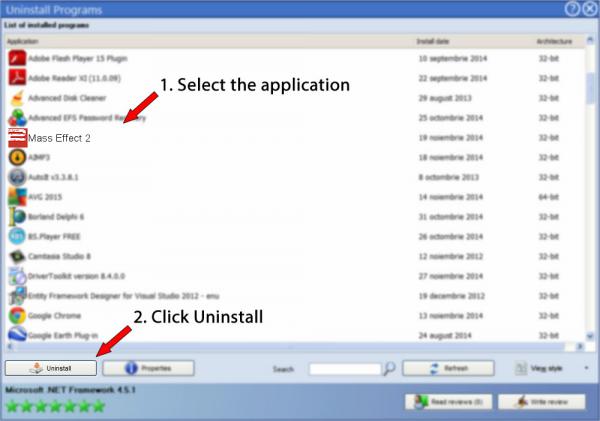