A way to uninstall Managed Antivirus from your system

The executable files below are installed together with Managed Antivirus. They take about 14.05 MB (14733088 bytes) on disk.

Managed Antivirus is a program offered by the software company Managed Antivirus. Some people choose to erase this program. Sometimes this can be troublesome because removing this manually takes some skill related to Windows internal functioning. One of the best EASY solution to erase Managed Antivirus is to use Advanced Uninstaller PRO. Here are some detailed instructions about how to do this: 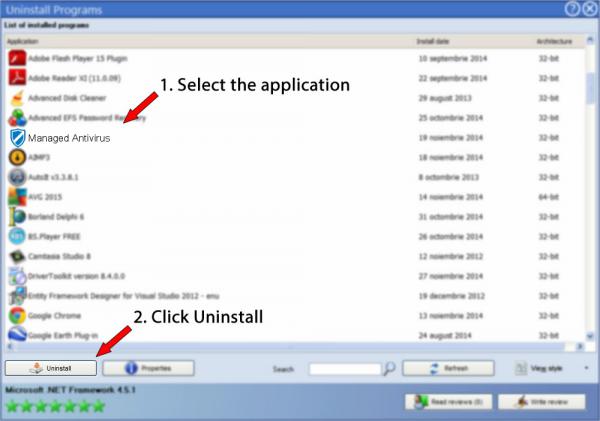