How to uninstall Mahjong Revealed from your PC

Mahjong Revealed installs the following the executables on your PC, occupying about 2.54 MB (2668233 bytes) on disk.

Mahjong Revealed has the habit of leaving behind some leftovers.

Mahjong Revealed is an application by the software company FreeGamePick. Some people choose to remove this program. Sometimes this is easier said than done because uninstalling this manually requires some advanced knowledge regarding Windows program uninstallation. One of the best QUICK practice to remove Mahjong Revealed is to use Advanced Uninstaller PRO. Here are some detailed instructions about how to do this:


For instance you can see that for Mahjong Revealed: 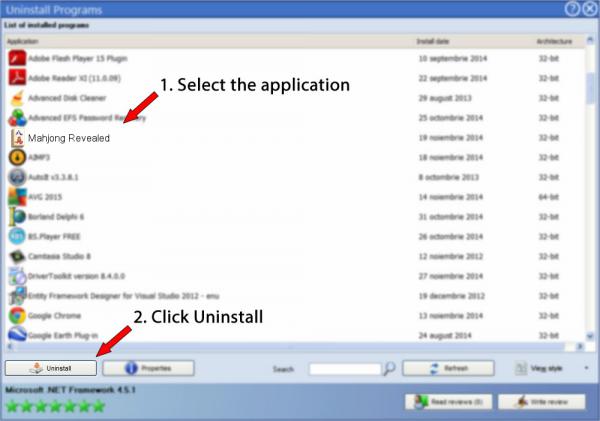