Magix Music Studio 2 Update is an application marketed by the software company MAGIX AG. Sometimes, people choose to remove this application. This can be easier said than done because doing this manually takes some advanced knowledge regarding Windows internal functioning. The best QUICK action to remove Magix Music Studio 2 Update is to use Advanced Uninstaller PRO. Here is how to do this: 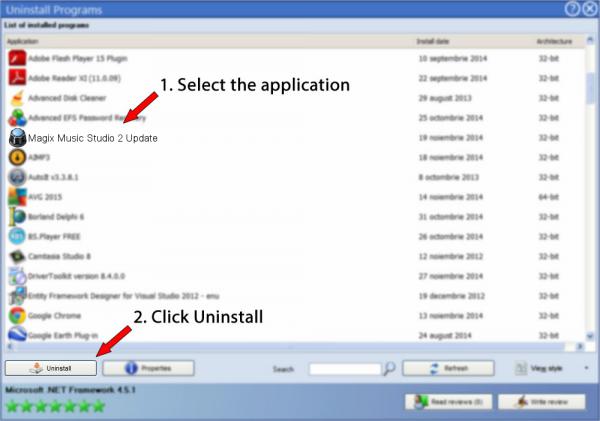