A way to uninstall Logitech Vid from your computer

Logitech Vid is comprised of the following executables which take 6.72 MB (7051112 bytes) on disk:

Logitech Vid is an application by the software company Logitech Inc.. Sometimes, people choose to remove this program. Sometimes this is hard because uninstalling this by hand takes some know-how related to removing Windows programs manually. One of the best EASY approach to remove Logitech Vid is to use Advanced Uninstaller PRO. Take the following steps on how to do this:


For instance you can see that for Logitech Vid: 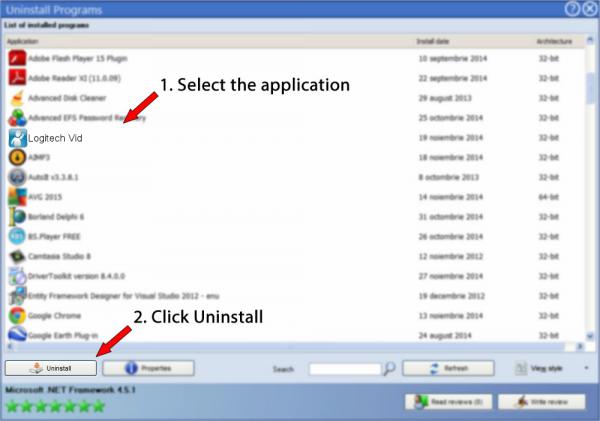