How to uninstall LED-ECS 2017 from your computer

The information on this page is only about version 6.2 of LED-ECS 2017.

LED-ECS 2017 is a program by the software company VILP. Sometimes, computer users choose to uninstall this application. This is troublesome because performing this manually takes some know-how related to removing Windows programs manually. The best QUICK way to uninstall LED-ECS 2017 is to use Advanced Uninstaller PRO. Take the following steps on how to do this:

7. Press the Uninstall button. A window asking you to confirm will show up. accept the removal by pressing Uninstall. Advanced Uninstaller PRO will then remove LED-ECS 2017. 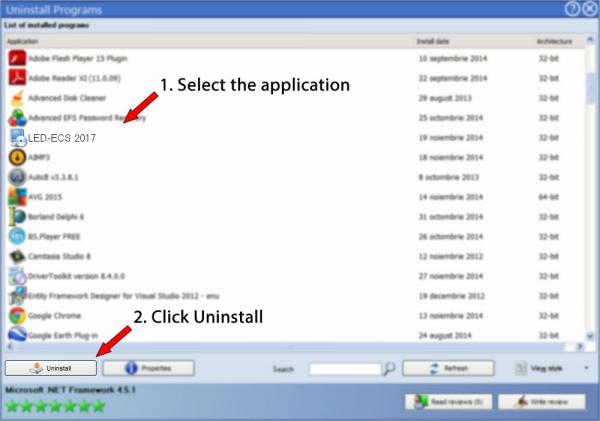