A way to uninstall Jewel Quest Bundle from your computer

The following executables are contained in Jewel Quest Bundle. They occupy 4.61 MB (4837264 bytes) on disk.

Jewel Quest Bundle is a program released by Oberon Media. Sometimes, users try to remove it. This can be troublesome because doing this by hand takes some knowledge related to removing Windows applications by hand. The best SIMPLE practice to remove Jewel Quest Bundle is to use Advanced Uninstaller PRO. Here are some detailed instructions about how to do this: 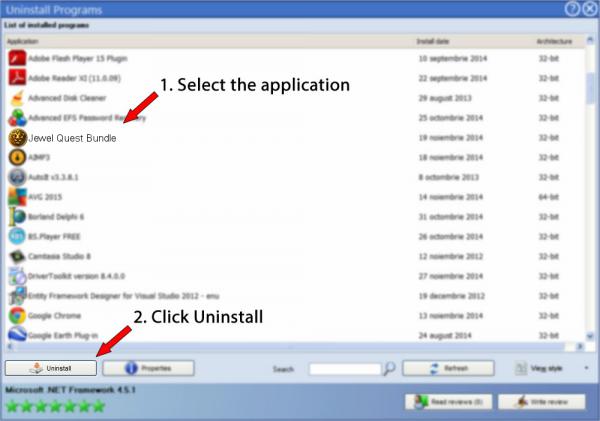