A way to uninstall Jessops Photo from your computer

The information on this page is only about version 5.1.7 of Jessops Photo. For other Jessops Photo versions please click below:

...click to view all...
Jessops Photo has the habit of leaving behind some leftovers.

The files below were left behind on your disk by Jessops Photo's application uninstaller when you removed it:

Registry values that are not removed from your computer:

Jessops Photo is an application by the software company CEWE Stiftung u Co. KGaA. Frequently, users want to uninstall it. Sometimes this is efortful because removing this manually requires some know-how related to Windows program uninstallation. One of the best QUICK manner to uninstall Jessops Photo is to use Advanced Uninstaller PRO. Take the following steps on how to do this: 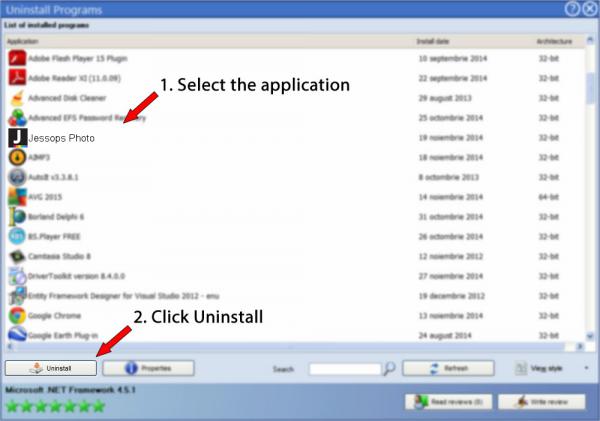 The text above is not a piece of advice to remove Jessops Photo by CEWE Stiftung u Co. KGaA from your computer, we are not saying that Jessops Photo by CEWE Stiftung u Co. KGaA is not a good application. This text only contains detailed info on how to remove Jessops Photo supposing you decide this is what you want to do. Here you can find registry and disk entries that other software left behind and Advanced Uninstaller PRO discovered and classified as "leftovers" on other users' computers.