How to delete ImBatch 2.5.0 from your PC with Advanced Uninstaller PRO

ImBatch 2.5.0 is an application marketed by High Motion Software. Some people choose to remove this application. Sometimes this can be troublesome because uninstalling this by hand takes some skill related to removing Windows programs manually. The best QUICK action to remove ImBatch 2.5.0 is to use Advanced Uninstaller PRO. Take the following steps on how to do this: 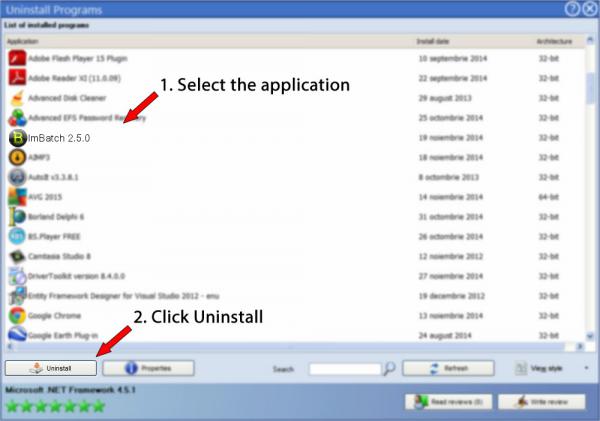 The text above is not a recommendation to uninstall ImBatch 2.5.0 by High Motion Software from your computer, nor are we saying that ImBatch 2.5.0 by High Motion Software is not a good application for your PC. This page only contains detailed instructions on how to uninstall ImBatch 2.5.0 supposing you decide this is what you want to do. Here you can find registry and disk entries that Advanced Uninstaller PRO discovered and classified as "leftovers" on other users' PCs.