A way to uninstall Idea Net Setter from your computer


...click to view all... After the uninstall process, the application leaves some files behind on the PC. Some of these are listed below.

Folders left behind when you uninstall Idea Net Setter:

The files below are left behind on your disk by Idea Net Setter when you uninstall it:

Additional values that you should remove:

Idea Net Setter is an application by Idea. Sometimes, users choose to erase it. This is troublesome because doing this manually takes some know-how regarding Windows program uninstallation. The best SIMPLE practice to erase Idea Net Setter is to use Advanced Uninstaller PRO. Here are some detailed instructions about how to do this:


7. Press the Uninstall button. A confirmation window will show up. accept the removal by pressing Uninstall. Advanced Uninstaller PRO will then remove Idea Net Setter. 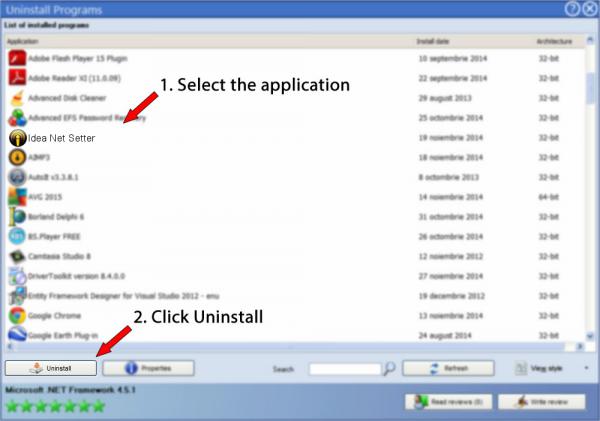