Horland's Scan2Pdf is a program offered by the software company Horland Software. Frequently, users decide to remove this application. This can be troublesome because deleting this by hand takes some skill related to removing Windows programs manually. The best SIMPLE approach to remove Horland's Scan2Pdf is to use Advanced Uninstaller PRO. Here is how to do this:

7. Click the Uninstall button. A confirmation page will appear. Confirm the removal by pressing Uninstall. Advanced Uninstaller PRO will then uninstall Horland's Scan2Pdf. 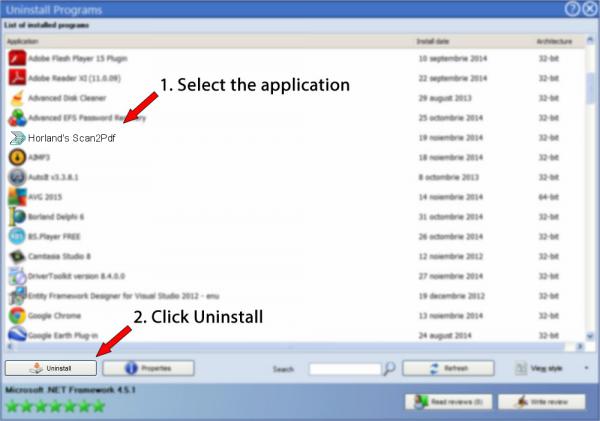