How to uninstall Home Designer Pro 2014 from your PC

Home Designer Pro 2014 is an application offered by the software company Chief Architect. Frequently, people decide to erase this program. Sometimes this can be efortful because performing this by hand requires some knowledge regarding Windows internal functioning. The best EASY practice to erase Home Designer Pro 2014 is to use Advanced Uninstaller PRO. Here are some detailed instructions about how to do this: 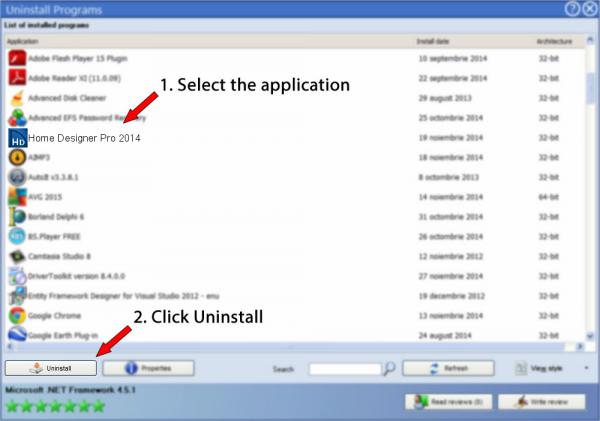