A guide to uninstall HanbitOn Launcher from your computer

The following executable files are contained in HanbitOn Launcher. They occupy 5.25 MB (5502816 bytes) on disk.

This info is about HanbitOn Launcher version 0.4.8.20 only.

HanbitOn Launcher is an application marketed by the software company Megazone. Frequently, computer users try to erase this program. This can be troublesome because uninstalling this by hand takes some know-how related to Windows program uninstallation. The best EASY approach to erase HanbitOn Launcher is to use Advanced Uninstaller PRO. Take the following steps on how to do this: 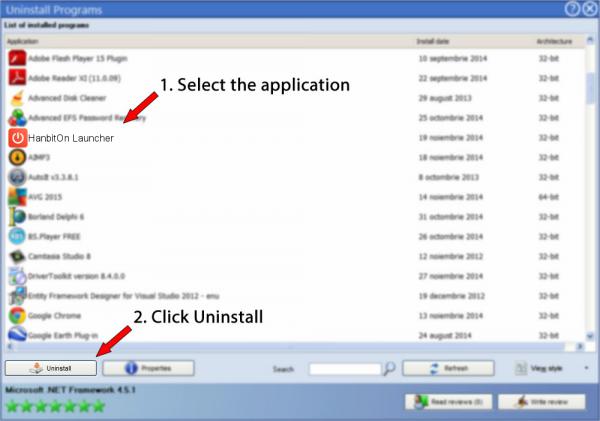