A way to uninstall HP 3D DriveGuard from your PC

The following executables are installed alongside HP 3D DriveGuard. They take about 418.46 KB (428508 bytes) on disk.

HP 3D DriveGuard is a program released by Hewlett-Packard. Frequently, people want to erase this application. This can be efortful because doing this manually requires some advanced knowledge regarding Windows internal functioning. One of the best QUICK way to erase HP 3D DriveGuard is to use Advanced Uninstaller PRO. Take the following steps on how to do this: 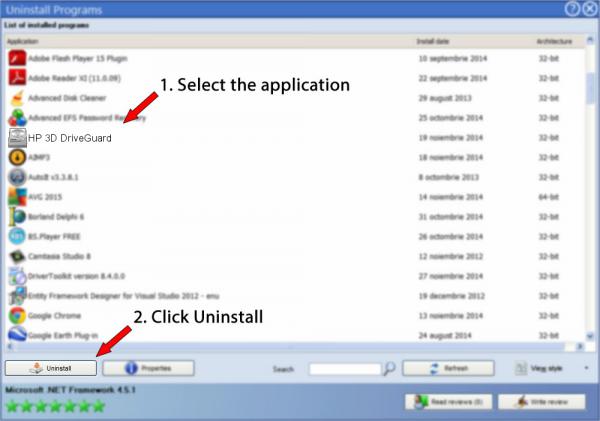