A way to uninstall HP 3D DriveGuard from your system

HP 3D DriveGuard is a program offered by the software company Hewlett-Packard Company. Some computer users decide to uninstall this application. Sometimes this is hard because performing this manually requires some experience related to removing Windows applications by hand. One of the best EASY solution to uninstall HP 3D DriveGuard is to use Advanced Uninstaller PRO. Take the following steps on how to do this: 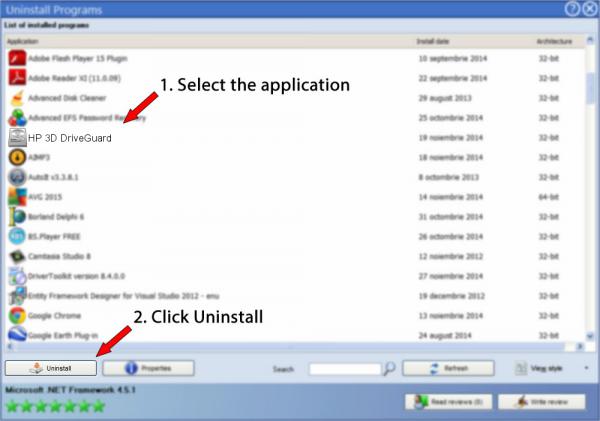