A way to uninstall Graphite V9 SP0 from your system

Graphite V9 SP0 is a program released by Ashlar-Vellum. Some users choose to uninstall this application. This is easier said than done because performing this by hand requires some advanced knowledge regarding Windows internal functioning. The best SIMPLE action to uninstall Graphite V9 SP0 is to use Advanced Uninstaller PRO. Here are some detailed instructions about how to do this:


7. Press the Uninstall button. A confirmation window will show up. accept the removal by clicking Uninstall. Advanced Uninstaller PRO will then remove Graphite V9 SP0. 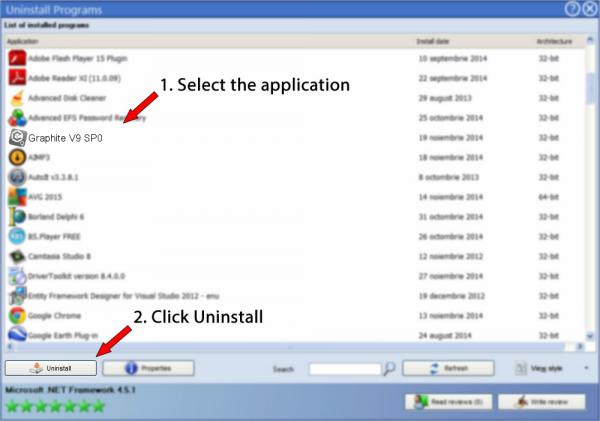