How to uninstall Game of Thrones from your computer

...click to view all... Several files, folders and registry entries can be left behind when you are trying to remove Game of Thrones from your PC.

Game of Thrones is a program released by the software company Cyanide Studios. Some people choose to erase it. This is easier said than done because doing this manually takes some skill regarding removing Windows applications by hand. One of the best EASY action to erase Game of Thrones is to use Advanced Uninstaller PRO. Here are some detailed instructions about how to do this:


For instance you can see that for Game of Thrones : 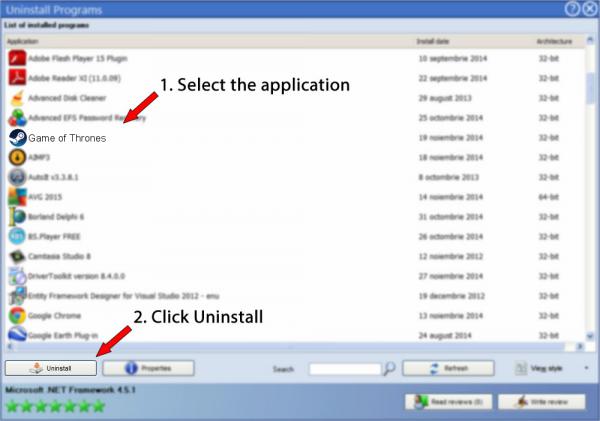