GT-100FxFloorBoard 20150920 is a program marketed by the software company Colin Willcocks (gumtown). Some people try to remove this application. Sometimes this can be easier said than done because doing this by hand takes some knowledge related to Windows internal functioning. One of the best EASY action to remove GT-100FxFloorBoard 20150920 is to use Advanced Uninstaller PRO. Here are some detailed instructions about how to do this: 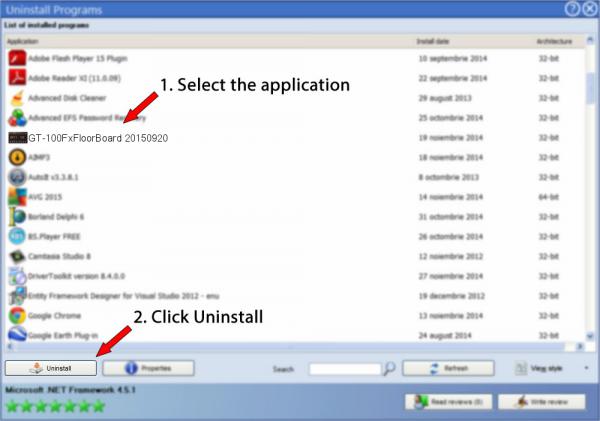