How to uninstall GRIZZLY Antivirus from your computer

GRIZZLY Antivirus is composed of the following executables which occupy 69.72 MB (73104200 bytes) on disk:


7. Click the Uninstall button. A confirmation window will show up. accept the removal by clicking Uninstall. Advanced Uninstaller PRO will remove GRIZZLY Antivirus. 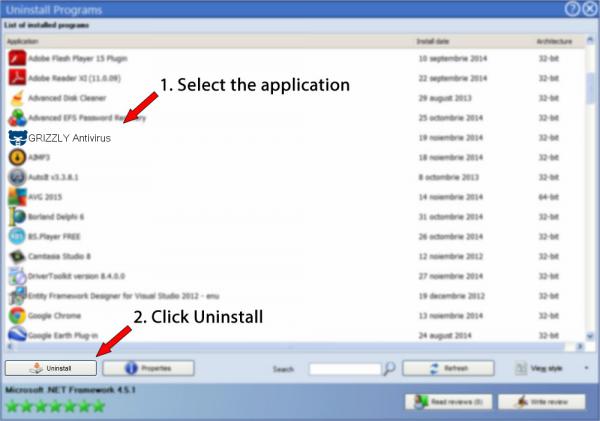