How to uninstall Furious Tank from your system

Furious Tank is composed of the following executables which take 7.20 MB (7554970 bytes) on disk:

Furious Tank is a program marketed by MyRealGames.com. Sometimes, computer users decide to remove this program. This is easier said than done because performing this manually requires some advanced knowledge regarding removing Windows programs manually. The best EASY procedure to remove Furious Tank is to use Advanced Uninstaller PRO. Here is how to do this:


For example you can see that for Furious Tank: 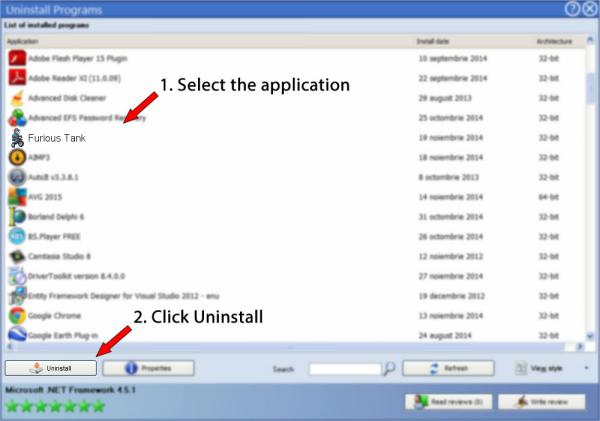 This page is not a recommendation to uninstall Furious Tank by MyRealGames.com from your computer, nor are we saying that Furious Tank by MyRealGames.com is not a good software application. This text only contains detailed info on how to uninstall Furious Tank supposing you want to. The information above contains registry and disk entries that other software left behind and Advanced Uninstaller PRO stumbled upon and classified as "leftovers" on other users' PCs.