A way to uninstall Furia Script from your system

Furia Script is a program marketed by the software company Furia Script. Some people decide to erase this application. This is hard because performing this by hand takes some know-how related to Windows internal functioning. One of the best SIMPLE action to erase Furia Script is to use Advanced Uninstaller PRO. Here are some detailed instructions about how to do this:

6. Scroll the list of applications until you locate Furia Script or simply click the Search field and type in "Furia Script". The Furia Script program will be found very quickly. Notice that after you select Furia Script in the list , some data regarding the application is made available to you:


For instance you can see that for Furia Script: 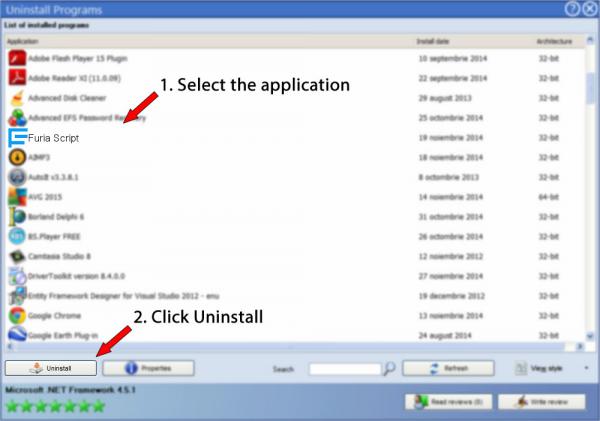