A way to delete FinalPlayer v7.6.1.229 with Advanced Uninstaller PRO

FinalPlayer v7.6.1.229 is a program released by Eduard Matthijs. Some users choose to erase this program. Sometimes this can be easier said than done because removing this manually requires some know-how regarding Windows program uninstallation. One of the best QUICK way to erase FinalPlayer v7.6.1.229 is to use Advanced Uninstaller PRO. Here are some detailed instructions about how to do this: 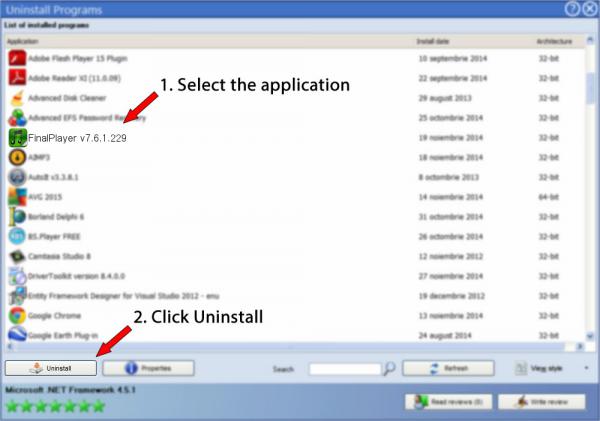