How to remove FinalPlayer v7.4.0.8524 with the help of Advanced Uninstaller PRO

7. Click the Uninstall button. A confirmation page will appear. accept the removal by clicking Uninstall. Advanced Uninstaller PRO will then remove FinalPlayer v7.4.0.8524. 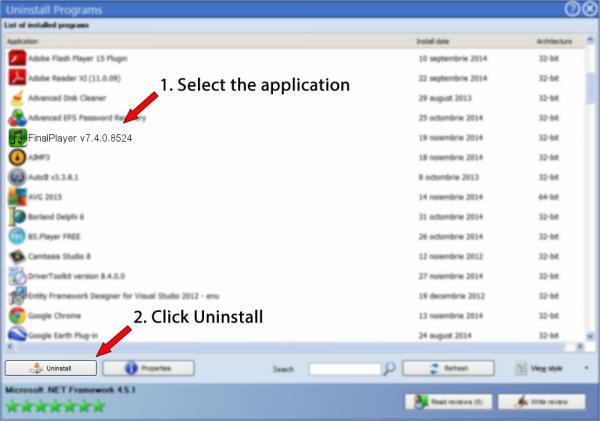