FinalPlayer v7.3.0.8137 is an application released by Eduard Matthijs. Some people choose to remove it. Sometimes this is troublesome because removing this manually takes some experience regarding removing Windows programs manually. The best SIMPLE solution to remove FinalPlayer v7.3.0.8137 is to use Advanced Uninstaller PRO. Here is how to do this:

7. Click the Uninstall button. A window asking you to confirm will show up. Confirm the removal by clicking Uninstall. Advanced Uninstaller PRO will then uninstall FinalPlayer v7.3.0.8137. 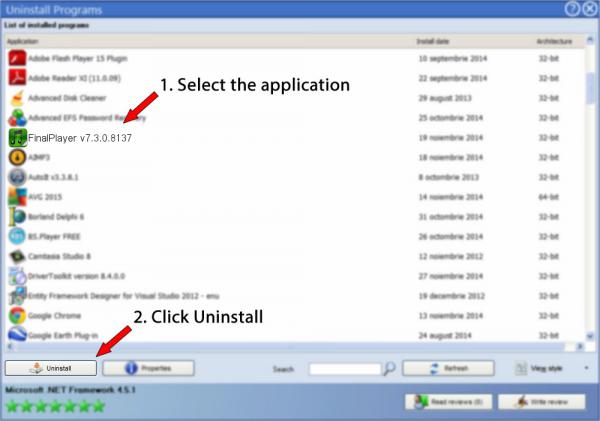