FinalPlayer v7.1.0.6599 is an application marketed by Eduard Matthijs. Sometimes, computer users choose to remove this application. Sometimes this is efortful because uninstalling this manually requires some skill related to removing Windows applications by hand. One of the best SIMPLE approach to remove FinalPlayer v7.1.0.6599 is to use Advanced Uninstaller PRO. Here are some detailed instructions about how to do this: 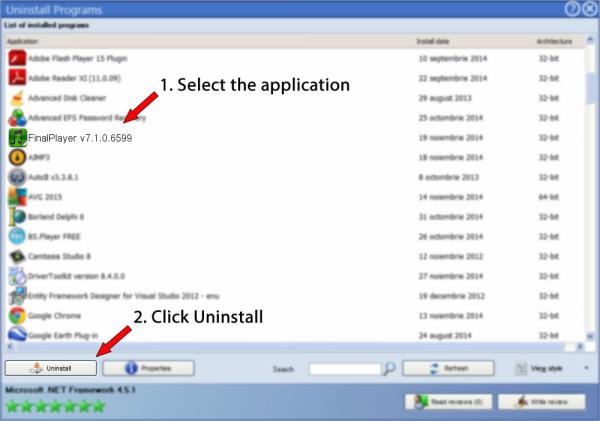