A guide to uninstall Fight The Dragon from your computer

This page is about Fight The Dragon for Windows. Below you can find details on how to remove it from your computer. It was coded for Windows by 3 Sprockets. More data about 3 Sprockets can be found here. You can get more details on Fight The Dragon at http://fightthedragon.com. Fight The Dragon is typically set up in the C:\Program Files (x86)\Steam\steamapps\common\FightTheDragon directory, however this location may differ a lot depending on the user's option while installing the application. The full command line for removing Fight The Dragon is C:\Program Files (x86)\Steam\steam.exe. Note that if you will type this command in Start / Run Note you might get a notification for administrator rights. Fight The Dragon's main file takes about 15.36 MB (16102400 bytes) and its name is FightTheDragon.exe.

...click to view all... If you are manually uninstalling Fight The Dragon we advise you to check if the following data is left behind on your PC.

Check for and delete the following files from your disk when you uninstall Fight The Dragon:

Generally the following registry data will not be removed:

Fight The Dragon is an application released by the software company 3 Sprockets. Sometimes, people try to erase this program. This can be easier said than done because deleting this manually requires some experience related to removing Windows applications by hand. The best EASY procedure to erase Fight The Dragon is to use Advanced Uninstaller PRO. Here are some detailed instructions about how to do this:


For example you can see that for Fight The Dragon: 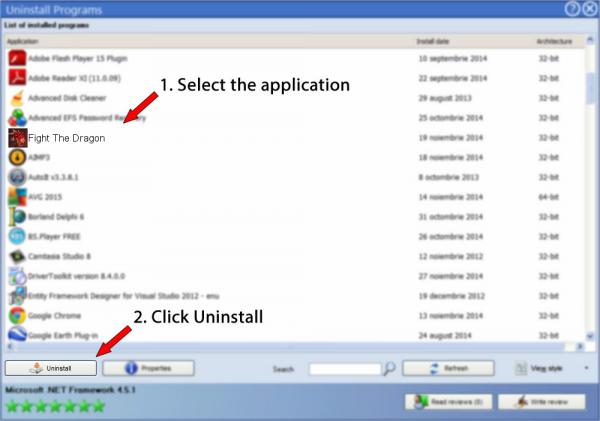