A guide to uninstall FSX Booster 2013 from your PC

FSX Booster 2013 is a program marketed by FSPS. Sometimes, people decide to erase this application. Sometimes this is difficult because doing this by hand requires some know-how regarding removing Windows programs manually. One of the best SIMPLE action to erase FSX Booster 2013 is to use Advanced Uninstaller PRO. Here are some detailed instructions about how to do this:


For example you can see that for FSX Booster 2013:

7. Click the Uninstall button. A confirmation dialog will come up. accept the removal by pressing Uninstall. Advanced Uninstaller PRO will then uninstall FSX Booster 2013. 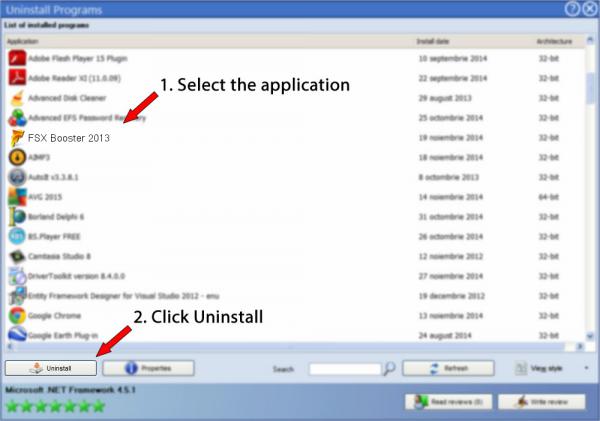