ELIS 2014/2015 is a software application. This page contains details on how to remove it from your computer. It is developed by INPROP, s.r.o.. Additional info about INPROP, s.r.o. can be read here. Please follow http://www.inprop.sk if you want to read more on ELIS 2014/2015 on INPROP, s.r.o.'s website. The application is frequently placed in the C:\Program Files (x86)\ELIS directory. Take into account that this location can vary depending on the user's choice. ELIS 2014/2015's complete uninstall command line is "C:\Users\UserName\AppData\Roaming\ELIS\unins000.exe". The program's main executable file occupies 1.77 MB (1854000 bytes) on disk and is named TT.exe.

How to remove ELIS 2014/2015 with Advanced Uninstaller PRO

ELIS 2014/2015 is an application offered by INPROP, s.r.o.. Sometimes, users choose to erase this application. Sometimes this is easier said than done because uninstalling this manually takes some skill related to Windows internal functioning. The best QUICK manner to erase ELIS 2014/2015 is to use Advanced Uninstaller PRO. Take the following steps on how to do this: 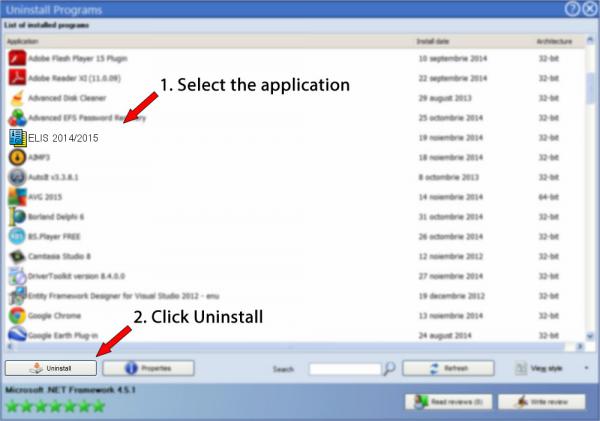