Directories that were left behind:

How to remove DirectVobSub 2.40.4209 from your PC with the help of Advanced Uninstaller PRO 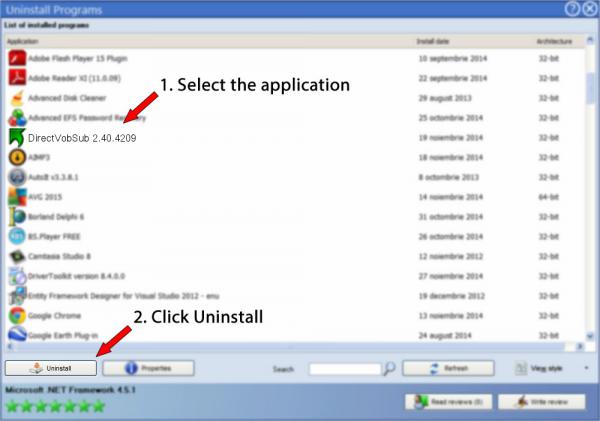