A guide to uninstall DesktopDock from your PC

The executable files below are installed along with DesktopDock. They occupy about 3.59 MB (3761347 bytes) on disk.

This web page is about DesktopDock version 1.0.1.38 only. You can find below info on other application versions of DesktopDock:

How to remove DesktopDock from your PC with Advanced Uninstaller PRO

DesktopDock is a program marketed by DesktopDock. Sometimes, people choose to erase this application. Sometimes this is easier said than done because performing this by hand requires some knowledge related to PCs. The best QUICK approach to erase DesktopDock is to use Advanced Uninstaller PRO. Take the following steps on how to do this: 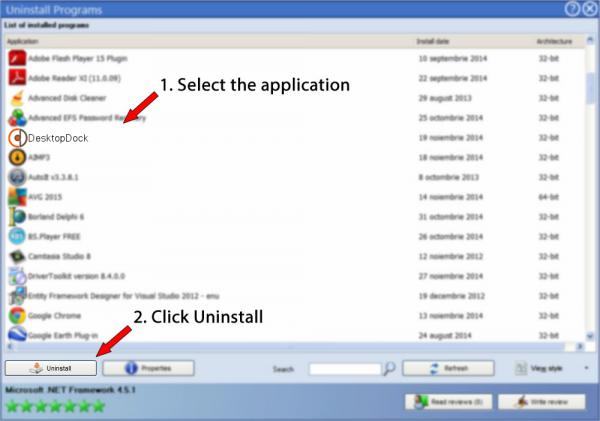