You can find on this page detailed information on how to remove Delcam DDDoc 2012 (32-bit) for Windows. It was coded for Windows by Delcam. Additional info about Delcam can be read here. The application is often installed in the C:\Program Files (x86)\Delcam\DDDoc12100 directory. Take into account that this path can vary depending on the user's choice. The full uninstall command line for Delcam DDDoc 2012 (32-bit) is C:\Program Files (x86)\Delcam\DDDoc12100\uninstall.exe. The application's main executable file is titled uninstall.exe and it has a size of 122.61 KB (125552 bytes).

Delcam DDDoc 2012 (32-bit) is a program released by Delcam. Some users choose to remove this application. Sometimes this can be easier said than done because removing this manually takes some skill regarding Windows internal functioning. The best EASY procedure to remove Delcam DDDoc 2012 (32-bit) is to use Advanced Uninstaller PRO. Here are some detailed instructions about how to do this: 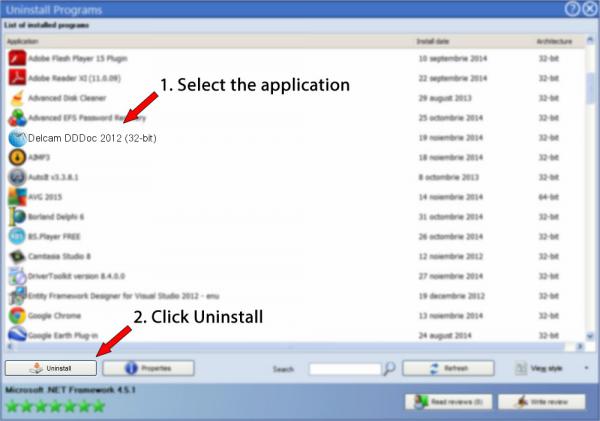