A way to uninstall Debut Videorekorder from your system

The executable files below are installed along with Debut Videorekorder. They take about 886.50 KB (907776 bytes) on disk.


Debut Videorekorder has the habit of leaving behind some leftovers.

Open regedit.exe to remove the registry values below from the Windows Registry:

Debut Videorekorder is an application marketed by the software company NCH Software. Frequently, computer users choose to erase this program. This is efortful because performing this by hand takes some advanced knowledge related to PCs. One of the best EASY procedure to erase Debut Videorekorder is to use Advanced Uninstaller PRO. Here are some detailed instructions about how to do this:


For instance you can see that for Debut Videorekorder: 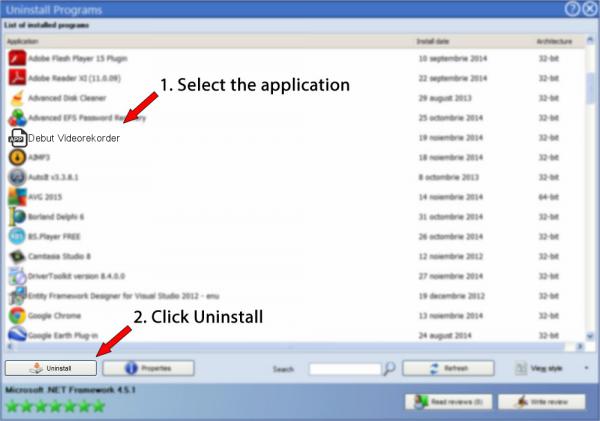