A way to uninstall Dead Island GOTY from your PC


This data is about Dead Island GOTY version 1.3.0 alone. After the uninstall process, the application leaves leftovers on the PC. Part_A few of these are listed below.

You will find in the Windows Registry that the following keys will not be cleaned; remove them one by one using regedit.exe:

Dead Island GOTY is a program marketed by Techland. Some people try to uninstall this application. This is difficult because uninstalling this by hand requires some knowledge regarding removing Windows programs manually. The best QUICK manner to uninstall Dead Island GOTY is to use Advanced Uninstaller PRO. Here are some detailed instructions about how to do this: 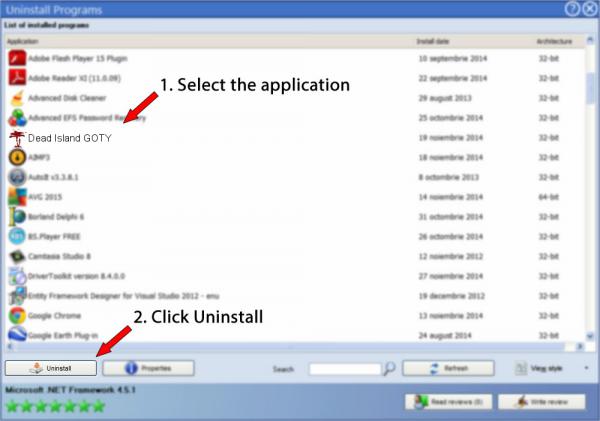