A way to uninstall Conexant ISST Audio from your computer

Conexant ISST Audio is a computer program. This page contains details on how to remove it from your computer. It was developed for Windows by Conexant. Go over here where you can read more on Conexant. The application is usually located in the C:\Program Files\CONEXANT\CNXT_AUDIO_HDA folder (same installation drive as Windows). You can remove Conexant ISST Audio by clicking on the Start menu of Windows and pasting the command line C:\Program Files\CONEXANT\CNXT_AUDIO_HDA\UIU64a.exe -U -G -Icisstrt.inf. Note that you might receive a notification for admin rights. The program's main executable file is called UIU64a.exe and its approximative size is 8.44 MB (8845648 bytes).

Conexant ISST Audio installs the following the executables on your PC, taking about 8.44 MB (8845648 bytes) on disk.

Conexant ISST Audio is a program released by Conexant. Sometimes, computer users decide to erase it. Sometimes this is troublesome because doing this by hand takes some skill related to removing Windows applications by hand. One of the best EASY approach to erase Conexant ISST Audio is to use Advanced Uninstaller PRO. Here are some detailed instructions about how to do this: 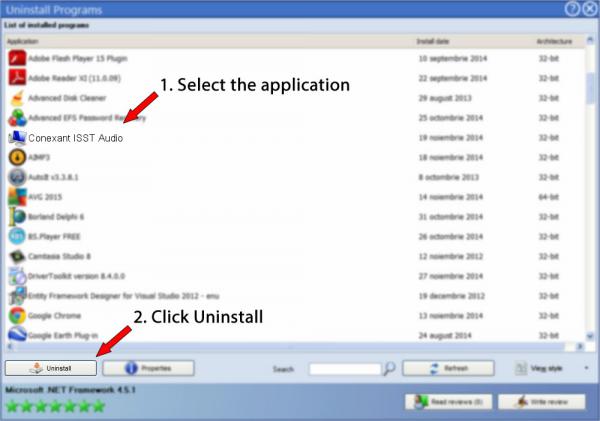