How to uninstall Conexant Audio Filter Agent from your PC

The executable files below are part of Conexant Audio Filter Agent. They take about 2.00 MB (2096384 bytes) on disk. 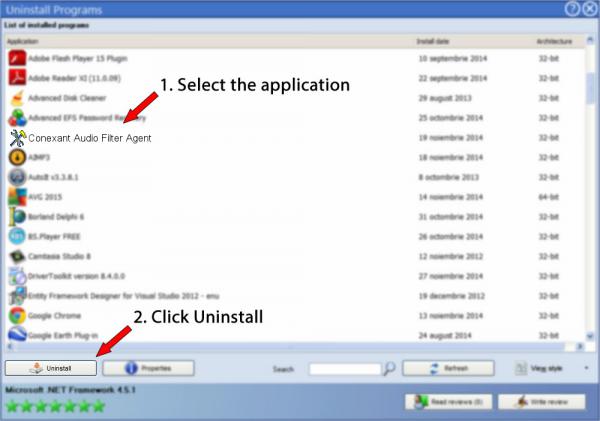