A guide to uninstall Chief Architect Viewer X4 from your PC

Chief Architect Viewer X4 is composed of the following executables which occupy 23.80 MB (24953736 bytes) on disk: 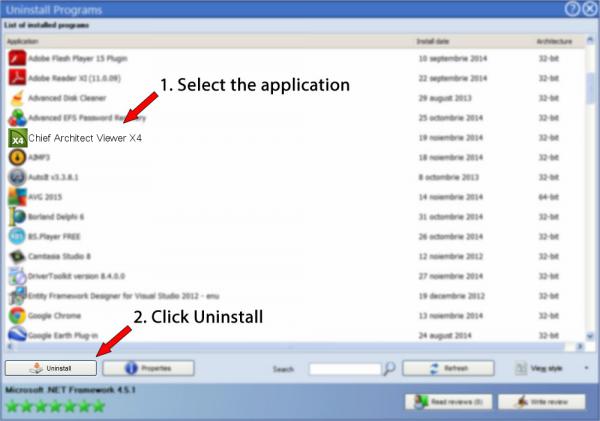