A way to uninstall CPUID ROG CPU-Z 1.86 from your computer

You can find on this page details on how to remove CPUID ROG CPU-Z 1.86 for Windows. It was coded for Windows by CPUID, Inc.. You can find out more on CPUID, Inc. or check for application updates here. The application is frequently found in the C:\Program Files\CPUID\ROG CPU-Z directory (same installation drive as Windows). The entire uninstall command line for CPUID ROG CPU-Z 1.86 is C:\Program Files\CPUID\ROG CPU-Z\unins000.exe. The program's main executable file has a size of 4.63 MB (4854824 bytes) on disk and is called cpuz.exe.

A way to remove CPUID ROG CPU-Z 1.86 from your PC with Advanced Uninstaller PRO 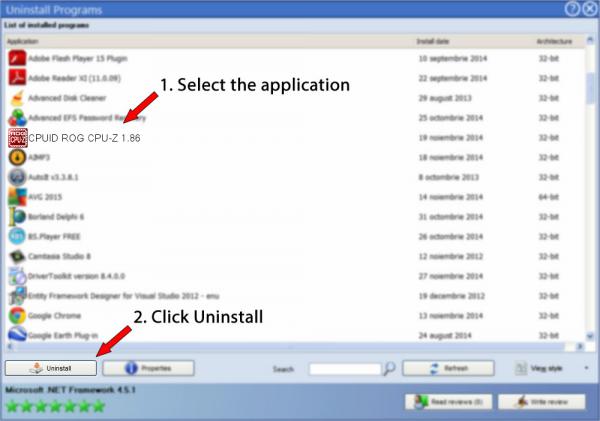