The information on this page is only about version 1.76 of CPUID CPU-Z MSI 1.76.


7. Press the Uninstall button. A window asking you to confirm will come up. Confirm the removal by clicking Uninstall. Advanced Uninstaller PRO will uninstall CPUID CPU-Z MSI 1.76. 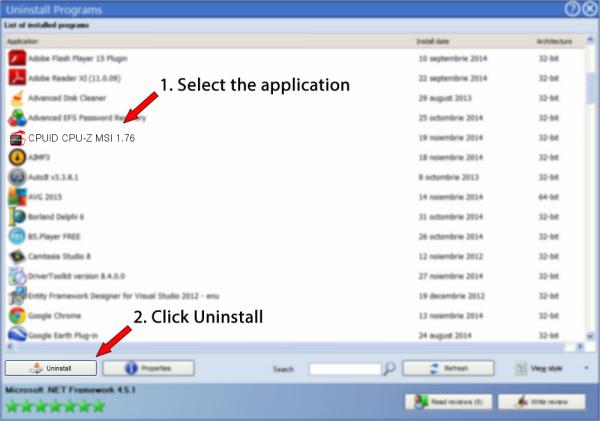