You can find on this page details on how to remove CDNSP AIO Repack by Lucas Rey for Windows. The Windows version was developed by Lucas Rey. You can find out more on Lucas Rey or check for application updates here. The program is frequently placed in the C:\Users\UserName\AppData\Local\Programs directory (same installation drive as Windows). The full command line for uninstalling CDNSP AIO Repack by Lucas Rey is MsiExec.exe /I{CBE0A7FD-1996-44B8-8457-43297DAB9206}. Keep in mind that if you will type this command in Start / Run Note you may receive a notification for admin rights. The program's main executable file is titled python.exe and it has a size of 97.65 KB (99992 bytes).

CDNSP AIO Repack by Lucas Rey installs the following the executables on your PC, occupying about 7.33 MB (7685982 bytes) on disk.

The information on this page is only about version 1.0.3 of CDNSP AIO Repack by Lucas Rey. 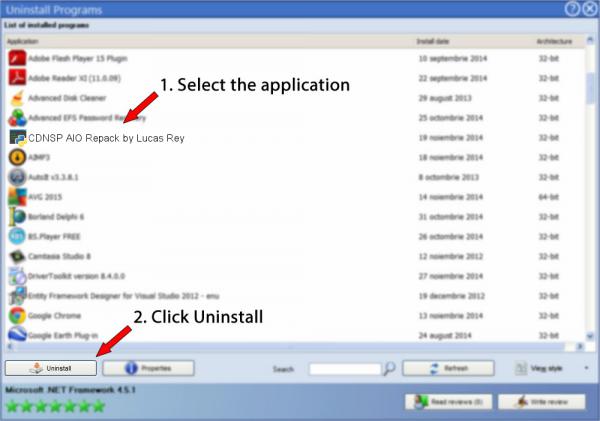