A way to uninstall BOM Tools Pro 2016 from your PC

BOM Tools Pro 2016 is a program offered by the software company MGFX. Frequently, users decide to remove this application. This can be troublesome because performing this manually requires some skill regarding Windows program uninstallation. One of the best SIMPLE manner to remove BOM Tools Pro 2016 is to use Advanced Uninstaller PRO. Here is how to do this: 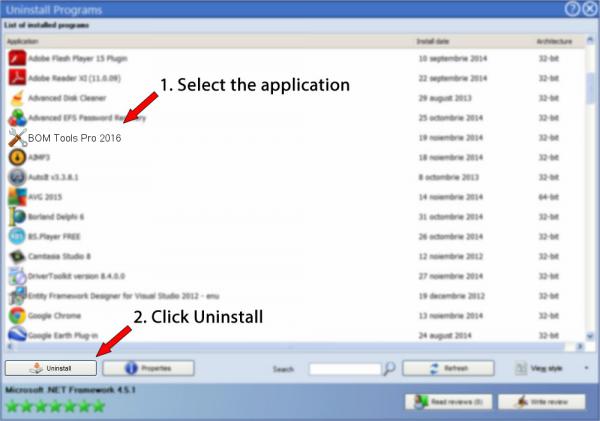