This page contains thorough information on how to remove Azarado Senhas for Windows. It is developed by William Azarado. Check out here for more details on William Azarado. The program is usually located in the C:\Program Files (x86)\William Azarado\Azarado Senhas folder. Keep in mind that this location can vary being determined by the user's preference. The full command line for uninstalling Azarado Senhas is MsiExec.exe /I{C497B3B4-F6B4-4D02-8B99-05925811FABA}. Note that if you will type this command in Start / Run Note you might receive a notification for admin rights. The application's main executable file occupies 6.14 MB (6440960 bytes) on disk and is titled autorun.exe.

The following executables are installed beside Azarado Senhas. They occupy about 66.44 MB (69662433 bytes) on disk.

Azarado Senhas is a program marketed by the software company William Azarado. Some people try to erase this program. Sometimes this is troublesome because performing this by hand takes some knowledge related to removing Windows programs manually. One of the best SIMPLE solution to erase Azarado Senhas is to use Advanced Uninstaller PRO. Here is how to do this: 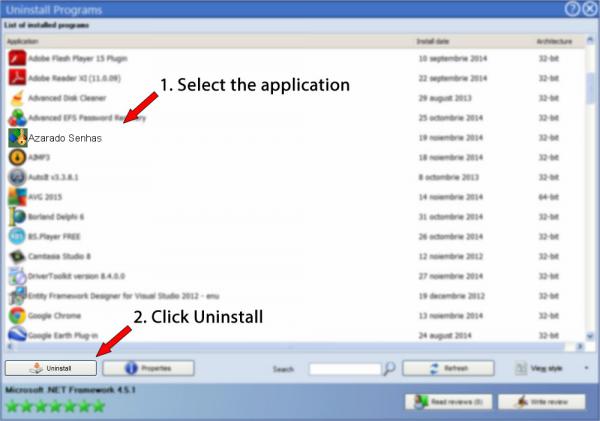