How to uninstall Avetix Antivirus from your system

...click to view all...
Avetix Antivirus has the habit of leaving behind some leftovers.

Folders found on disk after you uninstall Avetix Antivirus from your PC:

Generally, the following files are left on disk:

Additional registry values that you should remove:

Avetix Antivirus is an application released by Avetix S.r.l. Frequently, users want to remove this application. Sometimes this can be difficult because performing this manually requires some experience regarding Windows internal functioning. The best EASY manner to remove Avetix Antivirus is to use Advanced Uninstaller PRO. Here are some detailed instructions about how to do this:


For instance you can see that for Avetix Antivirus: 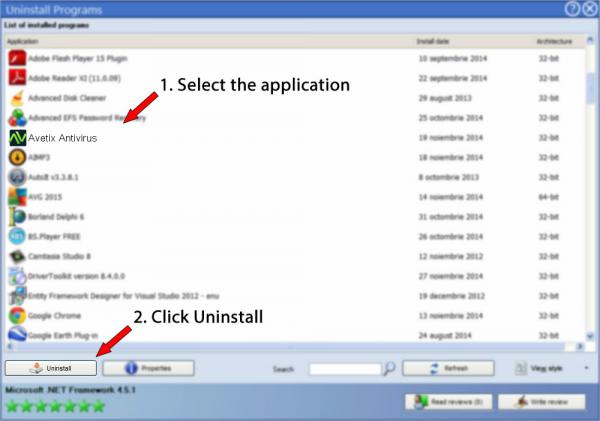