A guide to uninstall Assassin's Creed III from your system

The following executables are installed along with Assassin's Creed III. They take about 784.00 KB (802816 bytes) on disk.


Some files and registry entries are regularly left behind when you remove Assassin's Creed III.

Assassin's Creed III is a program offered by the software company Ubisoft. Sometimes, computer users try to erase this program. This is difficult because performing this by hand takes some know-how related to PCs. One of the best SIMPLE way to erase Assassin's Creed III is to use Advanced Uninstaller PRO. Here are some detailed instructions about how to do this:


For instance you can see that for Assassin's Creed III: 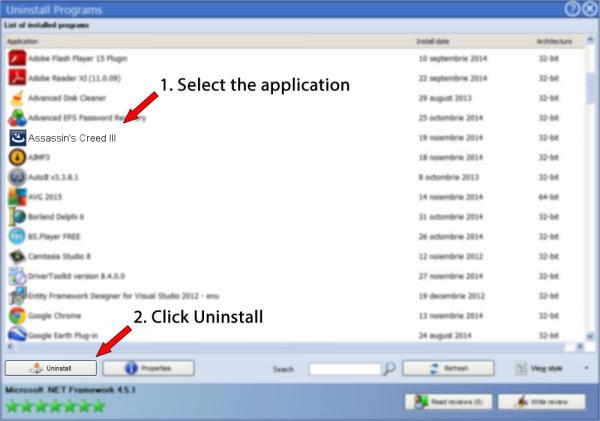